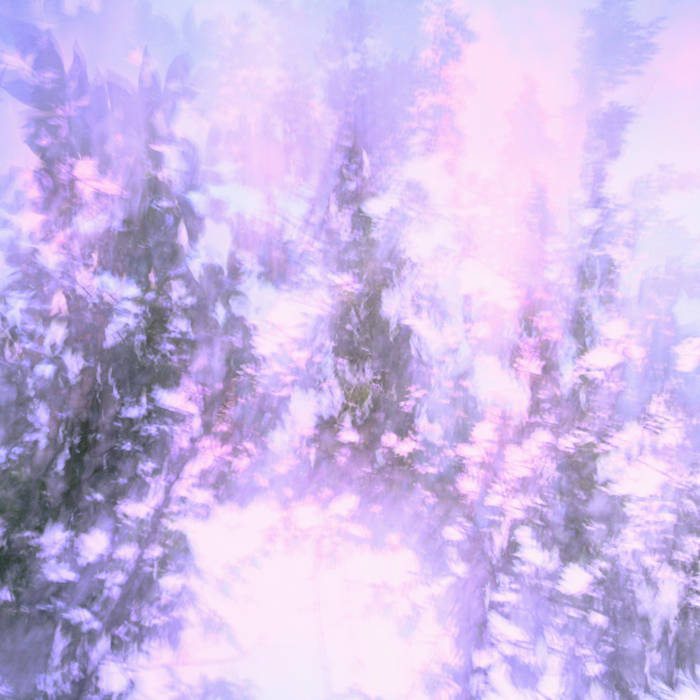 These are earlier versions of released tracks that in different ways were part of the beginnings of Illuvia. ♥

What follows is a somewhat long personal ramble that I'm writing for my own sake, in an attempt to bring more awareness and clarity to my process.

Oftentimes for me, the flow of the creative process looks something like this: the heart of a musical creation will arrive full force in a rather short timeframe – on rare occasion within a single session, but more commonly in multiple sessions during a rather short period of time, like week or so. The track arrived, the essence is fully there and does what it wants to do, says what it wants to say, vibes what it wants to vibe, but...... there are details not fully in place yet... things that after repeated listens begin to feel off. Perhaps I was too quick (read: sloppy) during some part of the journey; some sounds are muddy and need cleaning up. The cleaning up process might reveal something else that is off. A certain sound may all of a sudden not seem to harmonize with the rest, somehow the quality of mud was letting them live together in peace, but that mud would also prevent the track from sounding really strong and crisp as a whole.

[However much I at times believe in my own judgment, I have to here concede the possibility that many of these 'flaws' or shortcomings I begin to notice are actually projections of my own shadow; self-doubt, insecurities etc., and actually not present in the work. Hmm – that's an interesting thought.]

What then often ends up happening is that I leave it, saying to myself "I will come back and finish this one later". Sometimes that 'later' turns out to be months or even years in the future. That subtle, elusive process of compiling an album might be underway, and I will move through my folders feeling for connection points, and I will find many of these not-quite-finished tracks that I then realize are somehow related to the body of work that is taking shape.

At this point, I have admittedly gotten lost in the process many times. I will reopen the project, but I will (a) not have the feel from the original sessions and (b) notice the 'flaws' (real or imaginary) and begin to make changes that are interfering with the original message. Whether I get lost or not, I invariably will proceed to polish rough edges out of the picture. I also begin to imagine what the track will sound like after mastering, and often do a quick master on my own to hear more clearly what may be out of balance. I may then realize that the engineer will have a tricky job with certain aspects of the soundscape, and more cleaning and polishing will ensue. This part is where the doubt can at times take over, and also spill over to the rest of the work: "Perhaps this whole album is a mistake." Or spin out of control further and include me as an artist, or me as a human being – maybe I shouldn't be doing this, maybe I'm just plain wrong. Haha. Seeing these thought streams from 'above' is so interesting. I believe that what is happening here is that the creative process is unveiling some deep self-doubt hiding in the shadows of most minds. But that's another topic – let me not veer too far off course here.

Eventually, I reach a result that is approved by the inner critic. The tracks go off to mastering (unless I do that by myself in which case I can keep going back and forth between mastering and mixing for quite a while), and after some weeks (or months, depending on how busy the engineer is) the further polished product comes back to my ears. There might be revisions happening, sometimes calling for new pre-master versions to address issues with the sound. At some point, the album is declared finished and the preparations for release ensues, and if it's on physical media the release date could sometimes end up being up to a year or two after this point in time, depending on the many factors at play. All in all, a fairly deep and extensive process, and often both a beautiful and excruciating one.

And so finally, long, long after that original moment of inspiration, I may one day stumble upon a mixdown of earlier, more raw versions of tracks from the original sessions and clearly realize that: "damn... this is better than what was released...". In some elusive way... it might just feel a bit more honest, more true to the essence that was coming through. And once again, I promise myself that next time, I will do everything right from the start (ha!) and, most importantly, know when to stop (double ha!). Let me repeat that again: "Ludvig, please just know when to stop. Just know it and do it."

Or not. It's all good. You're doing alright anyways. So, let's just keep on letting the sounds flow through, shall we?